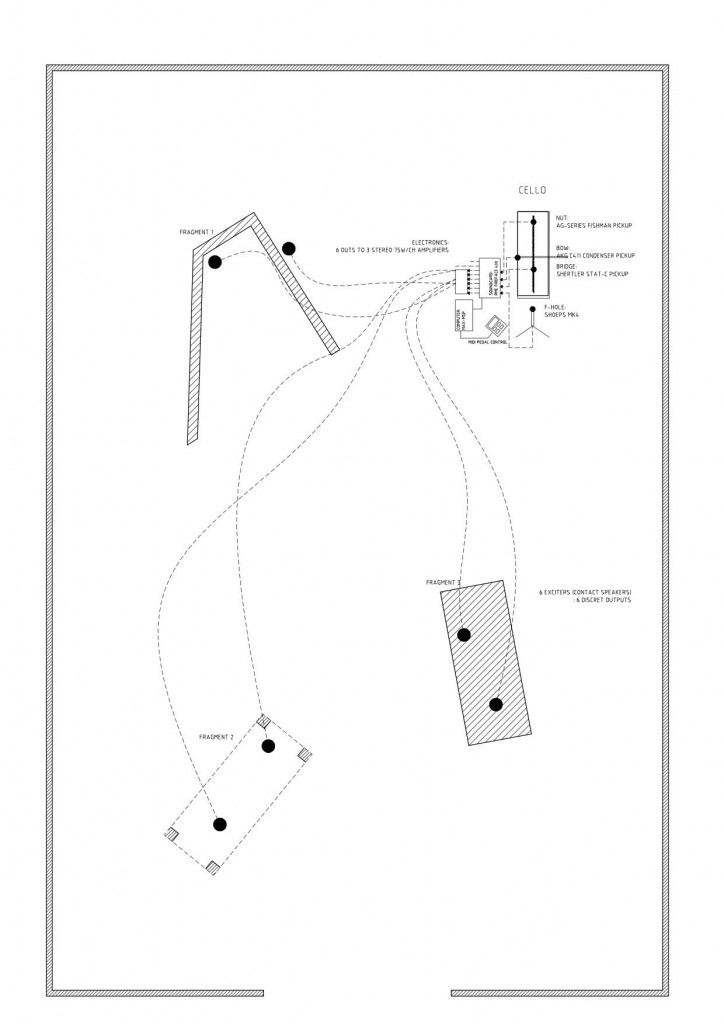 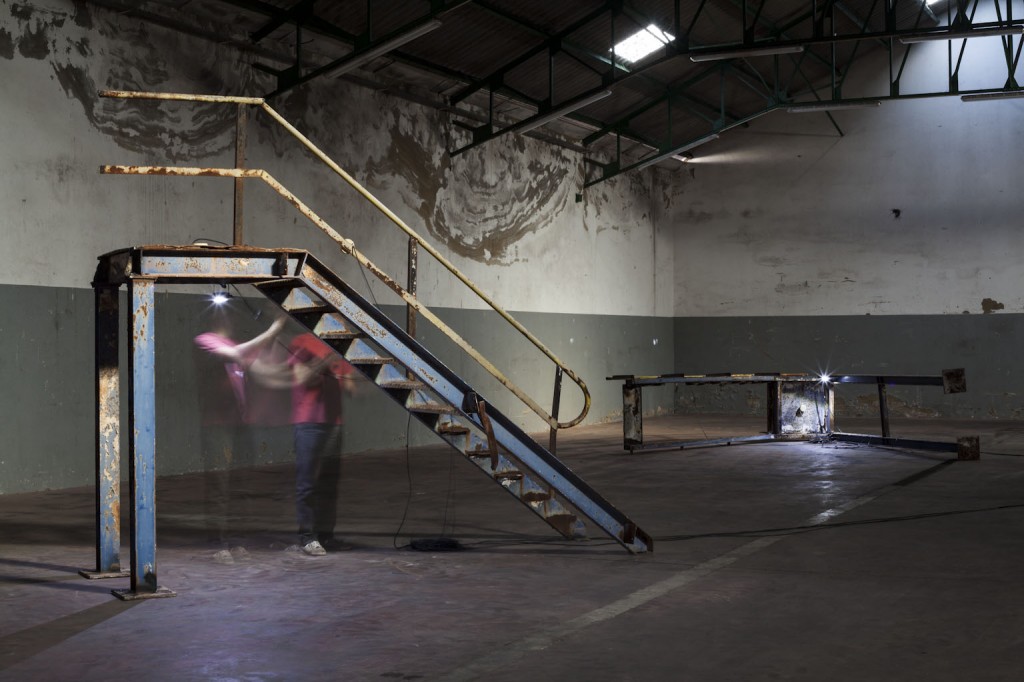 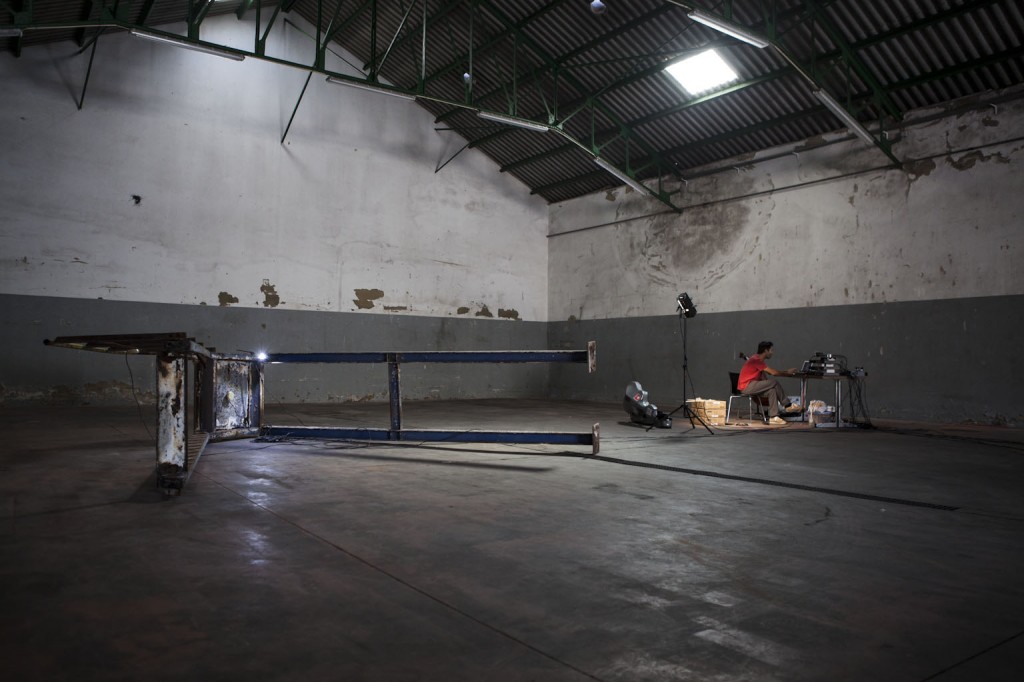 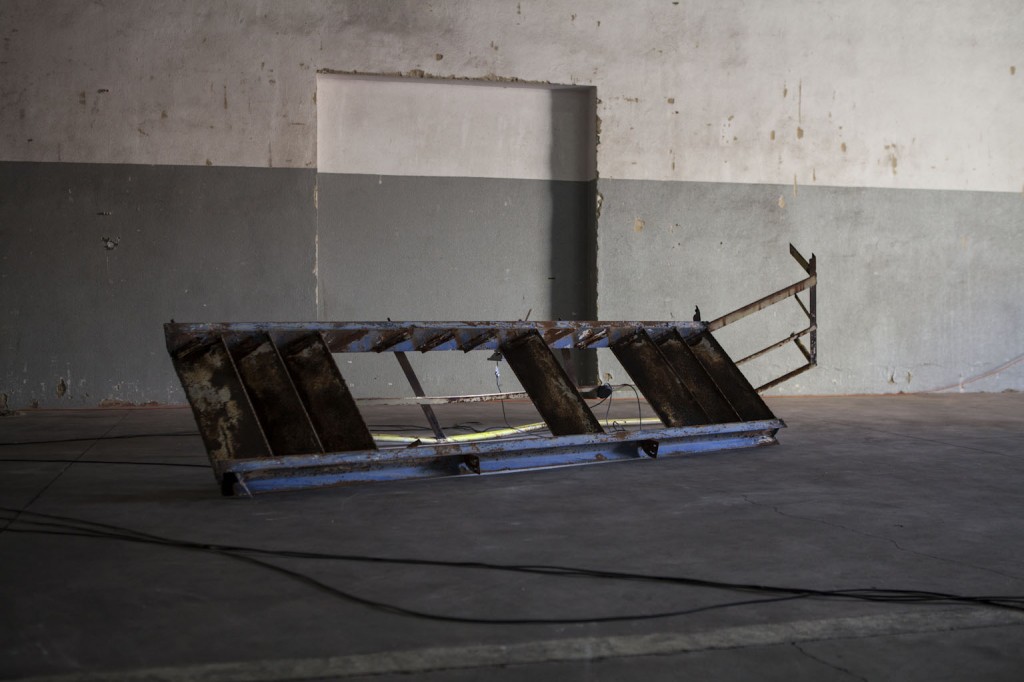 VIDEO of Makinf Of missing 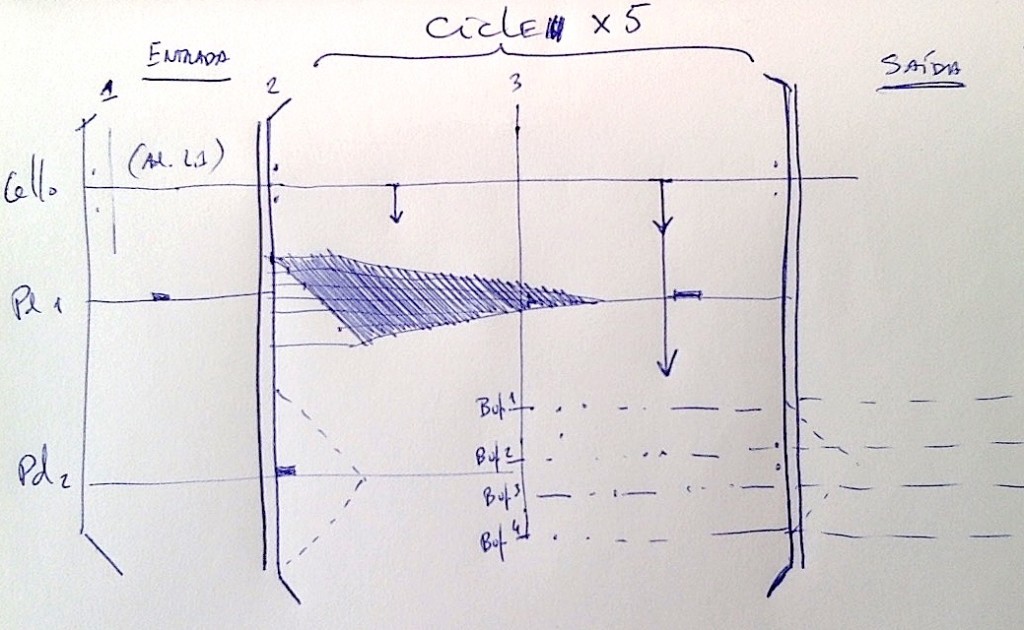 The improvisation included an Entry period plus five cycles with the same structural approach but with different outcomes fundamentally because of the different recorded cello material.

After this the buffers from the granulation section keep the being played with a random automation.

2h after the concert ended the audience could drift freely in space. Afterwards the installation was operating for one month playing the automated buffers from the last granulation (fifth cycle).