The rooms configuration and the position of the metal structure around the column of the first room informed the plot for the performance-installation because they led me to the identification of two possible sound trajectories for this piece:

Longitudinal: The sequence of large empty rooms right beside the performance room added to any sound produced a particularly long reverberation and distant resonances. The room, where the piece was installed and performed, was located in one of the corners of the building, and adjacent to it there was a sequence of connected rooms with similar scale. The sounds produced in this corner room echoed through these spaces and “died” far away in the building.

Circular: The circular and equidistant distribution of the transducers around the metal structure defined a multi speaker sonic geometry which could be used with rotating motions of sound around a central architectonic object: the column. 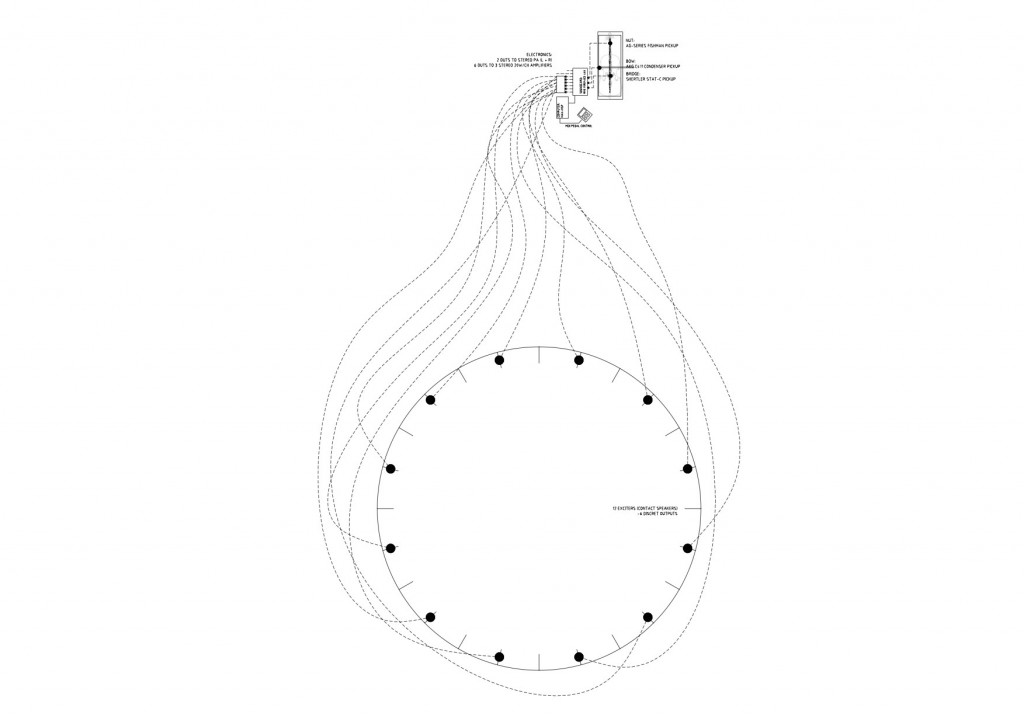 These trajectories defined both spatially and temporally this iteration. The identification of these two “movements of sound” were very important to inform both my improvisation and the max patch behavior. On one end we have the resonances of the cello´s sounds in the adjacent rooms. On the other we have the circular transducer distribution around the metal structure. These correspond to different acoustic horizons with different characters, which corresponded to different sonic material and improvisation approaches. 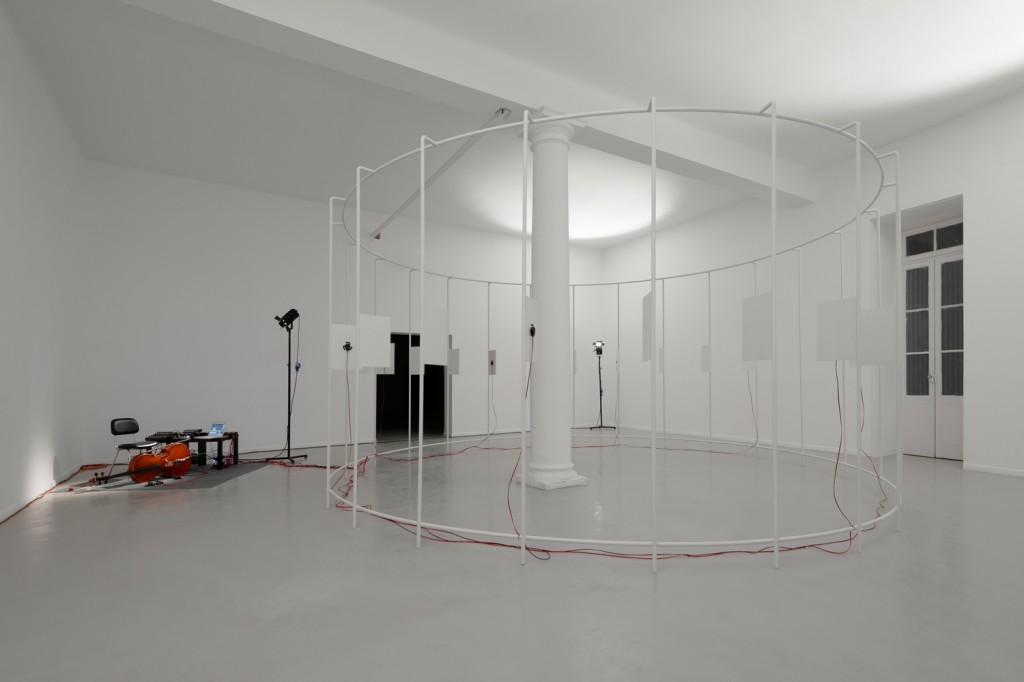 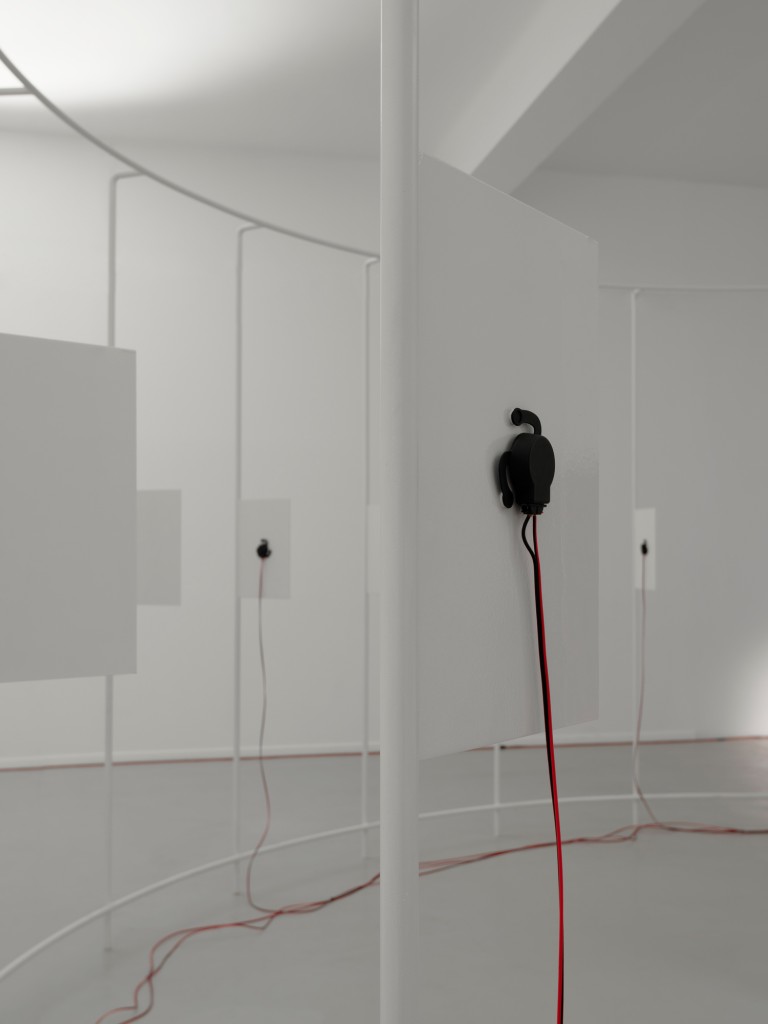 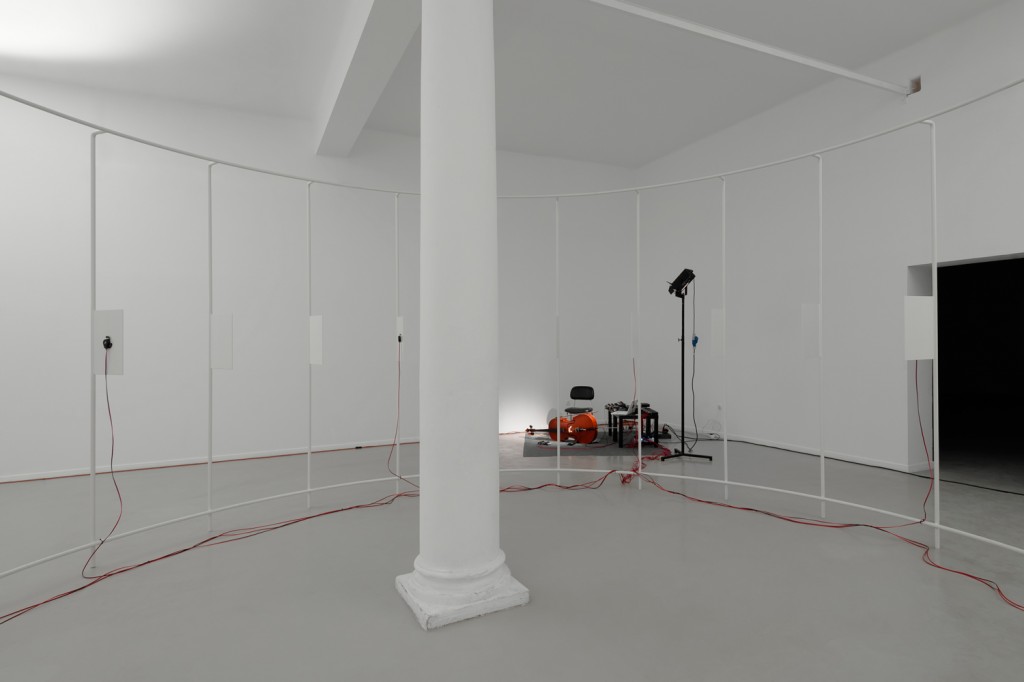 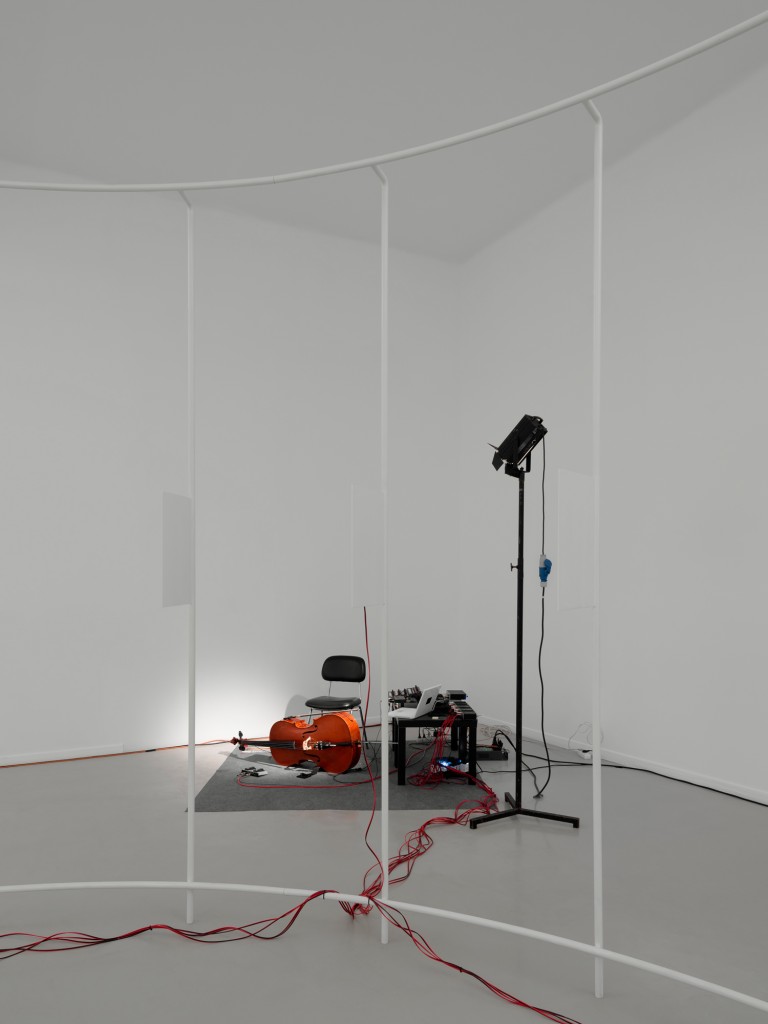 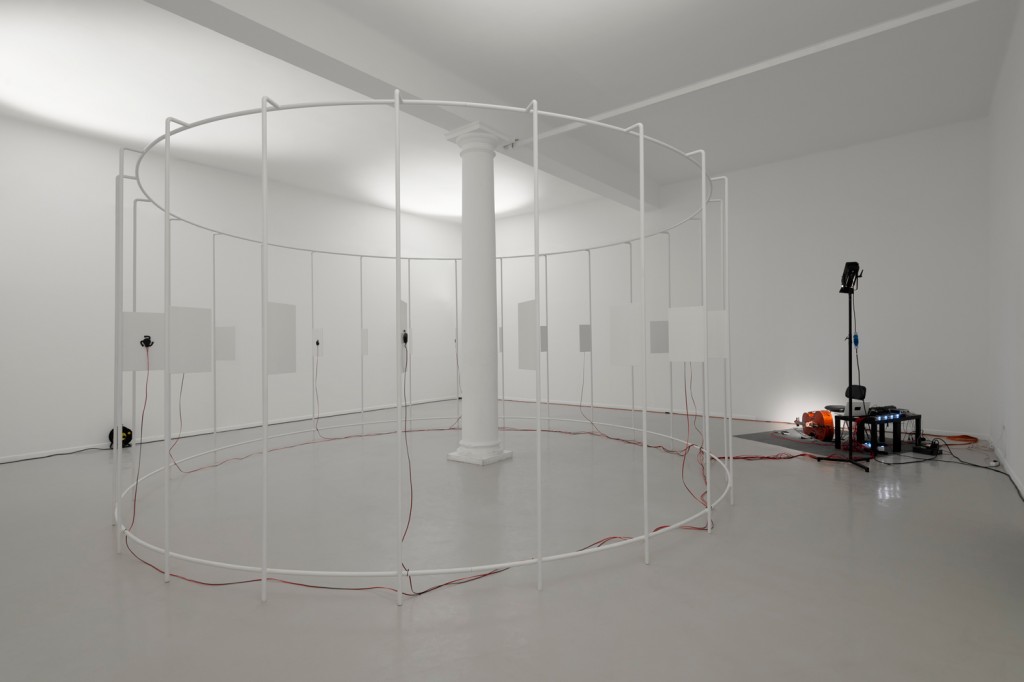 The performance was divided in two cycles, making a similar use of the interface but with different results. Both explored the two already identified “horizons” but with sonic material that explored differently the resonances of the structure material and its impact on the architecture.

Each cycle included an acoustic improvisation (A and C), exploring/dialoguing with the room resonances and the space reverberation. The second period of each cycle followed the recording of sampling in eight buffers with different time lenghts (between x and y), which where looped during a non determined period. Each outputting to one of the eight transducers attached to the structure. Followed by a period of improvisation with this new sonic ambient. A foot pedal toggle faded out this group of sounds.

In Cycle I the sampling occurred with short, transient, pizzicato sounds. The different sampling durations create a polyrhythmic effect. It is relevant to notice the relation to the previously recorded church bells and the similarity in the opening sample of the piece.

In Cycle II the continuous bowed sounds where the selected material for creating a more static and polyphonic texture.

The installation period was occupied by the sound of the last sampled drone and the light on the room was also up. Its control was made by myself. In this case the setup included a dimmer controlled via MIDI from max-map patch.

Audience enters the room and positions itself freely in space. A group occupies the floor in the interior of the structure and the rest sit or stand around it. The lights go down in the room and there is only one spot projector on the cello. The concert initiates.

02:23– start of droning voices resonating in the metal structure. Microtonal harmonies built while playing in an additive process.
04:55– the texture is in a repetitive mode and the cello´s performance assumes a distinct voice in a lower register. The melodies being played sometimes leave a trace in this texture.

fade out of acoustic cello
light on cello fades out * (in the video you can watch this from 17´00“)
Audience claps, gets up and explores the resonances of the metal structure walking around it going into it.
For two hours the audience could drift freely in space.

After the concert night the installation was opened to the public for month, playing in sequence the recorded buffers from both cycles.